This lovely background photo is courtesy, by the way, of Amy Fletcher Photography.

For almost four decades, watching Saturday morning cartoons was a beloved ritual for millions of American kids. So, why were they so controversial?
The Saturday Evening Post Link to Story

Meeting My Father for the First Time

The first sound I heard on the phone was heavy, harsh breathing. Then the stranger introduced himself to me. “You don’t know me but my name is Sidney Moss … and I’m your father,” he said.
The New York Times Link to Story

When Guy Deloach left his position as Executive Vice President of Operations at Toyota Boshoku Corporation, he spent a lot of his time traveling to Europe, Australia and Asia. He had been in the automotive industry for most of his career and loved what he did. But when he began lecturing at several universities on the side, he discovered how much he enjoyed the feeling of molding young people into the next generation of business leaders.
Link to Story

Spider-Man: The Animated Series paved the way for Into the Spider-Verse and the MCU

There's a scene in the very last episode of Spider-Man: The Animated Series cartoon that's particularly touching now, just weeks after the death of Stan Lee. It's the second part of the story arc called "Spider Wars." Peter Parker, with the aid of other Spider-Men — clones with varying powers and costumes based on the original — have just defeated Spider-Carnage, a Peter Parker from an alternate dimension paired with the Carnage symbiote.
Syfy Link to Story

Beyond the Hurricanes: The quest to grant US territories statehood

To be or not to be a state? After the 2017 hurricanes, the question of statehood for US territories, Puerto Rico and US Virgin Islands, have different perspectives. Puerto Rico’s quest for statehood didn’t just start after Hurricane Maria slammed into the unincorporated US territory last September: it’s been ongoing since the United States took control of the Caribbean island at the end of the Spanish-American War in 1898.
Link to Story

A year has passed since a trio of hurricanes—Harvey, Irma and Maria—pummeled parts of the United States and the Caribbean, leaving death and destruction and ravaging these areas with property damage skyrocketing into the hundreds of billions and leaving, in some cases, whole islands uninhabitable. On the year anniversary of this horrible tragedy, how are the islands with arguably the most damage from these natural disasters faring in the rebuilding process?
Link to Story

‘Black Panther’ is just the beginning: The history and future of the Black Comic Book movement

While Marvel and DC Comics are doing a pretty good job of finally trying to erase the race line when it comes to its heroes of color, there are others who have been creating socially and culturally relevant comic book characters for years. When Dawud Anyabwile was a kid, he loved comic books, particularly Marvel Comics.
Link to Story

This little boy has a disease with no cure. His family is determined to fight back.

Laura and Josh Ledbetter know they have only a few years left, at the most, until their 5-year-old son, Grayson, dies. A year ago, Grayson was diagnosed with Alexander disease, an extremely rare type of leukodystrophy that destroys the white matter that protects the nerve fibers in the brain, resulting in debilitating mental and physical delays, and in most cases, death by age 10.
The Washington Post Link to Story
View More Stories 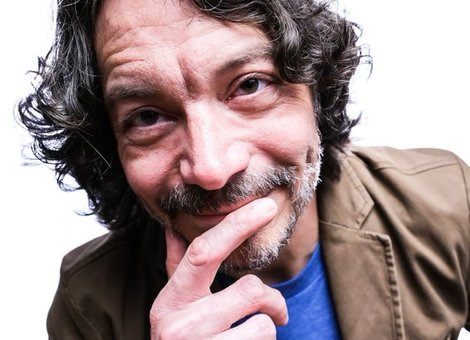